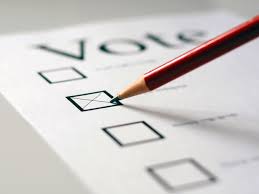 Unless you’re a monk with no internet, television, or outside contact you’ll know that Donald Trump is our president-elect. Since he won based on electoral college votes despite losing the popular vote, people across the nation have been begging electoral college voters to vote against Trump. If that sounds like a lot to ask for,

Unless you’re a monk with no internet, television, or outside contact you’ll know that Donald Trump is our president-elect. Since he won based on electoral college votes despite losing the popular vote, people across the nation have been begging electoral college voters to vote against Trump. If that sounds like a lot to ask for, it is. So far in the history of the US, only 6 presidents have won the election without the popular vote. Each time, the electoral college honored the election results. There has never been a time that the results of an election have been overturned, even though it is technically possible.

Usually, if an electoral vote does change it is from the losing candidate to the winning one not the other way around. But miraculously, there are some electoral voters that have pledged to do just that. A second republican electoral voter has pledged to vote against Donald Trump due to personal concerns. In an open letter in the New York Times, Christopher Suprun has outlined why he will not be voting for Trump and hoping that it inspires the other electors to do the same. The article itself can be found here: http://www.nytimes.com/2016/12/05/opinion/why-i-will-not-cast-my-electoral-vote-for-donald-trump.html?smid=tw-share&_r=0

In the letter he claims that Trump is not “qualified” to be our president. One of the many reasons he believes Trump isn’t fit to be president has to do with his Twitter habits. Trump is known for his outlandish remarks and he is an avid Twitter user. His campaign barred Trump from using his own account in the tail end of the election for fear he might say something a little too polarizing. The former firefighter, current elector, Suprun points out that Trump was quick to talk about Saturday Night Live and Baldwin’s impersonation of him but it took days for him to comment on an awful attack that left dozens dead in Ohio.

Suprun vehemently believes that Trump is dividing the nation instead of unifying it. Furthermore, Trump lacks the foreign policy experience and tact to be a world leader. Again citing a number of examples, he mentions Trump encouraging violence at his earlier rallies and even asked Russia to hack Hillary Clinton, the Secretary of State. Most importantly Suprun talks about the role of the Electoral College. It is not the duty of the electors to blindly follow the flow of an election. The original purpose of the Electoral College was to ensure that only quality candidates become president regardless of the uninformed masses. He says that it is his and every other elector’s duty to vote against candidates like Trump who go against the Constitution and the principles this nation was founded on.

Late last month, another republican elector resigned from his Electoral College position. He said in a blog post that casting his ballot for Trump “…would bring dishonor to God.” If other electors find themselves in a similar situation, we may, and I stress may, have a serious presidential upset. We’ll find out on Dec. 19th, the day the Electoral College votes.