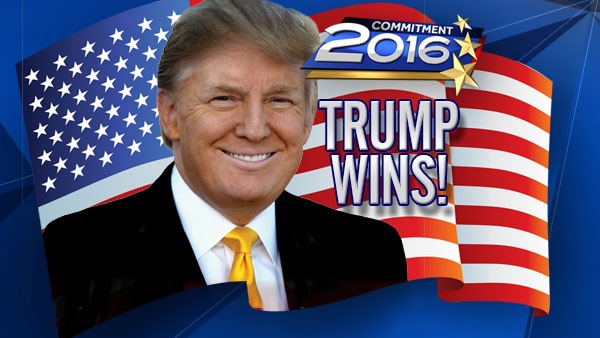 Could Trump still win the election? The short answer is, probably no. But the long answer is, a long shot maybe. Now you might think how can that be? Media has revealed him for the monster that he is and the polls clearly show Clinton with an overwhelming lead. That statement isn’t wrong. Polls do

Could Trump still win the election? The short answer is, probably no. But the long answer is, a long shot maybe. Now you might think how can that be? Media has revealed him for the monster that he is and the polls clearly show Clinton with an overwhelming lead. That statement isn’t wrong. Polls do show Clinton with a commanding lead. Latest polls show that she is a full 12 points ahead of Trump. That isn’t a landslide but it is well above the margin of error. For comparison the biggest upset when it came to a difference in polls and actual election results is Truman VS Dewey. Dewey was 5 points behind Truman and all the news outlets and newspapers declared Dewey the winner. When actual election day rolled around, Truman won. That was biggest of a handful of times that the polls were wrong.

The reason for Dewey’s defeat actually came about because during the 1948 that was one of the first times polls were used as a political thermometer. There just weren’t many polls being taken and those that were conducted they stopped weeks before the elections took place. Today there are far more polls and are generally taken even the day before election day. Fast forward to this year’s election, Trump supporters are still adamant that Trump will be the next president despite the huge gap in polls. Generally they claim that there is a silent Trump majority that do not participate in polls or that many Trump supporters are too “shy” to reveal their support in public for fear of retaliation.

That might be a ridiculous thought, a hidden majority just waiting in the wings ready to upset the obvious winner of the election. But the question remains, can there really be a hidden majority of Trump supporters? It does seem rather Trump-esque to let Clinton think she’s won only to have a secret plan and usurp her presidency all with a Trumped up smile. That’s where the long answer, maybe, comes in. We won’t actually know if there is a silent majority until the votes are cast and counted but there are some ways to figure it out. Polls nowadays are usually split into live polls or automated polls. Live polls are actually conducted by people who ask you who you will vote for, but automated are just lists and polls online or other forms that will ask you who you vote for. This is important because just comparing these two forms of polls shows a discrepancy of about 9%. This is because live polls usually have people push undecideds one way or another to cast a vote whereas there isn’t as much pressure for automated poll. There is a far higher percentage of undecideds in automated polls.

An important thing to note is that even though there is a discrepancy between the different polls it doesn’t change the overall outcome. Clinton is still shown to still win despite the fact that Trump gains two points and Clinton loses 4. Even then Clinton still wins the election even based on conservative estimates. A Yale University professor, Alexander Coppock also debunks the theory of “shy” Trump supporters. He created a “list experiment” (which can be found https://alexandercoppock.com/working-papers/shy-trump-supporters/) where he created both direct and indirect poll tests that produced statistically similar results. The actual experiment is pretty interesting and a good read if you like peering into the human psyche, check it out. But basically people were shown a list and one of the options was “vote for Trump” the variation didn’t explain how Trump would win with the “shy” Trump supporters either. The variance was only 32.5% vs 31.5% which means there was a full 1% of shy Trump supporters.

Long story short, no presidential candidate in history has overcome the poll deficit that Trump faces. Die hard Trump supporters can use any excuse they want for their fervent belief that their candidate will still win but outright calling the polls wrong is simply denying the truth. That would assume that hundreds of independent polls are wrong. Not only wrong but that they all are wrong by an unprecedented amount. While it’s not impossible, it’s extremely unlikely that Trump will win.