How Did Trump Win? 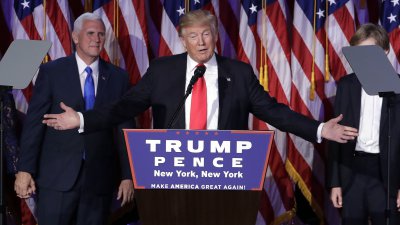 Half the nation mourns while the other half celebrates. This election has been one of the most polarized in history. The voting came down to hating the other candidate more than your own rather than liking your candidate more. All credible polls had Clinton winning the election with a 1% margin of error, and in

Half the nation mourns while the other half celebrates. This election has been one of the most polarized in history. The voting came down to hating the other candidate more than your own rather than liking your candidate more. All credible polls had Clinton winning the election with a 1% margin of error, and in fact Clinton got more popular votes which is to say more people voted for her, so how did it all go so wrong? There is no clear answer yet but it comes down to the electoral college. Several states were the key battlegrounds. Wisconsin, Florida, and Pennsylvania are all big states that were almost neck and neck. Each state had a difference of less than 100,000 votes. That might seem like a lot of difference but when millions of people vote in each state, tens of thousands is just a drop in a bucket. In the end, Trump got those electoral votes and in a presidential election electoral votes are what matter. You can see the full breakdown of the voting results below, provided by Huffington Post.

Voters seemed to completely ignore the fact that Trump has promised to take away healthcare from over 20 million people and never once said how he’ll replace it. He also plans to execute the biggest tax cut in history for the wealthy. Not to mention all his social media faux pas. He is famous for not believing in climate change stating that he believes it is a Chinese conspiracy. He is also notoriously xenophobic. He has stated multiple times that he will build a very large wall on the border between the US and Mexico and intends for Mexico to pay for it. For all the threats, questionable comments, and scandals he is our soon to be commander in chief. How he chooses to exercise his newfound power will be the true result of the election.

At the very least he has the power to choose the next Supreme Court Justice and perhaps several more during his presidency. If we go by what he has previously said, it appears that he’ll be drastically changing civil liberties and even limiting if not altogether banning entire religious groups. Among those that are unhappy are obviously the Democrats but also many Republicans as well. A few Republicans didn’t like Trump from the get go but many others abandoned Trump or distanced themselves as much as possible when video of his incredibly sexist and offensive “locker room talk” was leaked. Many Republicans dislike that he has even talked about dissolving NATO which is a key military alliance for this part of the world.

Despite all these shortcomings he still won. Like we said before, how Trump actually won is up for debate; there is no clear answer. One of the more likely reasons is just the fact that Clinton was not a very compelling presidential candidate. True, she has far more political experience than Trump, but that actually proved to be a detriment rather than a strength for many people. She also neglected one of the key voting demographics, the white working class. They abandoned her en masse in favor of Trump’s promise to “Make America Great Again.” A promise of a type of American greatness reminiscent of the 1950s and 1960s. It definitely didn’t help that FBI Director James Comey relaunched his investigation into Clinton’s email indiscretions just days before the election only to find that there was nothing to find.

Finally, the entirety of media no doubt had a huge role in how this election played out. Trump was plastered everywhere, on every news outlet including the viral news sites just because anything with him resulted in high numbers. That means there was a mad dash to get any and all info of Trump out asap. That torrent of “news” that usually highlighted any lies or inconsistencies but this resulted in the public’s mistrust in any information that news outlets put forth as it was clearly biased one way or another. What will become of this nation now that Donald Trump is promised to be our next commander and chief? Only time will tell. 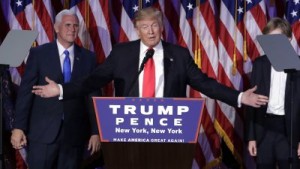